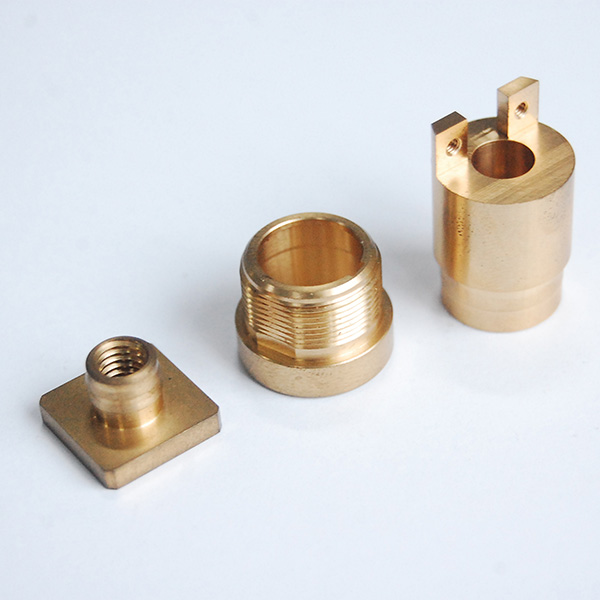 CNC turning is a machining process in which a cutting tool, typically a non-rotary tool bit, describes a helix toolpath by moving more or less linearly while the workpiece rotates.

CNC turning is a machining process in which a cutting tool, typically a non-rotary tool bit, describes a helix toolpath by moving more or less linearly while the workpiece rotates.

Usually the term "turning" is reserved for the generation of external surfaces by this cutting action, whereas this same essential cutting action when applied to internal surfaces (holes, of one kind or another) is called "boring". Thus the phrase "turning and boring" categorizes the larger family of processes known as lathing. The cutting of faces on the workpiece, whether with a turning or boring tool, is called "facing", and may be lumped into either category as a subset.

Turning can be done manually, in a traditional form of lathe, which frequently requires continuous supervision by the operator, or by using an automated lathe which does not. Today the most common type of such automation is computer numerical control, better known as CNC. (CNC is also commonly used with many other types of machining besides turning.)

When turning, the workpiece (a piece of relatively rigid material such as wood, metal, plastic, or stone) is rotated and a cutting tool is traversed along 1, 2, or 3 axes of motion to produce precise diameters and depths. Turning can be either on the outside of the cylinder or on the inside (also known as boring) to produce tubular components to various geometries. Although now quite rare, early lathes could even be used to produce complex geometric figures, even the platonic solids; although since the advent of CNC it has become unusual to use non-computerized toolpath control for this purpose.

The turning processes are typically carried out on a lathe, considered to be the oldest of machine tools, and can be of different types such as straight turning, taper turning, profiling or external grooving. Those types of turning processes can produce various shapes of materials such as straight, conical, curved, or grooved workpieces. In general, turning uses simple single-point cutting tools. Each group of workpiece materials has an optimum set of tool angles that have been developed through the years.

The bits of waste metal from turning operations are known as chips (North America), or swarf (Britain). In some areas they may be known as turnings.

The tool's axes of movement may be literally a straight line, or they may be along some set of curves or angles, but they are essentially linear (in the non mathematical sense).

A component that is subject to turning operations can be termed as a "Turned Part" or "Machined Component". Turning operations are carried out on a lathe machine which can be manually or CNC operated.

Turning
The general process of turning involves rotating a part while a single-point cutting tool is moved parallel to the axis of rotation.Turning can be done on the external surface of the part as well as the internal surface (the process known as boring). The starting material is generally a workpiece generated by other processes such as casting, forging, extrusion, or drawing.

Tapered turning
Tapered turning produces a cylindrical shape that gradually decreases in diameter from one end to the other. This can be achieved a) from the compound slide b) from taper turning attachment c) using a hydraulic copy attachment d) using a C.N.C. lathe e) using a form tool f) by the offsetting of the tailstock - this method more suited for shallow tapers.

Hard turning
Hard turning is a type of turning done on materials with a Rockwell C hardness greater than 45. It is typically performed after the workpiece is heat treated.
The process is intended to replace or limit traditional grinding operations. Hard turning, when applied for purely stock removal purposes, competes favorably with rough grinding. However, when it is applied for finishing where form and dimension are critical, grinding is superior. Grinding produces higher dimensional accuracy of roundness and cylindricity. In addition, polished surface finishes of Rz=0.3-0.8z cannot be achieved with hard turning alone. Hard turning is appropriate for parts requiring a roundness accuracy of 0.5-12 micrometres, and/or surface roughness of Rz 0.8–7.0 micrometres. It is used for gears, injection pump components, and hydraulic components, among other applications.

Facing
Facing in the context of turning work involves moving the cutting tool at right angles to the axis of rotation of the rotating workpiece. This can be performed by the operation of the cross-slide, if one is fitted, as distinct from the longitudinal feed (turning). It is frequently the first operation performed in the production of the workpiece, and often the last—hence the phrase "ending up".

Parting
This process, also called parting off or cutoff, is used to create deep grooves which will remove a completed or part-complete component from its parent stock.

Grooving
Grooving is like parting, except that grooves are cut to a specific depth instead of severing a completed/part-complete component from the stock. Grooving can be performed on internal and external surfaces, as well as on the face of the part (face grooving or trepanning).

Non-specific operations include:
Boring
Enlarging or smoothing an existing hole created by drilling, moulding etc.i.e. the machining of internal cylindrical forms (generating) a) by mounting workpiece to the spindle via a chuck or faceplate b) by mounting workpiece onto the cross slide and placing cutting tool into the chuck. This work is suitable for castings that are too awkward to mount in the face plate. On long bed lathes large workpiece can be bolted to a fixture on the bed and a shaft passed between two lugs on the workpiece and these lugs can be bored out to size. A limited application but one that is available to the skilled turner/machinist.

Drilling
Is used to remove material from the inside of a workpiece. This process utilizes standard drill bits held stationary in the tail stock or tool turret of the lathe. The process can be done by separately available drilling machines.

Knurling
The cutting of a serrated pattern onto the surface of a part to use as a hand grip or as a visual enhancement using a special purpose knurling tool.

Reaming
The sizing operation that removes a small amount of metal from a hole already drilled. It is done for making internal holes of very accurate diameters. For example, a 6mm hole is made by drilling with 5.98 mm drill bit and then reamed to accurate dimensions.

Threading
Both standard and non-standard screw threads can be turned on a lathe using an appropriate cutting tool. (Usually having a 60, or 55° nose angle) Either externally, or within a bore(Tapping operation is a process of making threads either inner or outer in an work piece.Generally referred to as single-point threading.

Tapping of threaded nuts and holes a) using hand taps and tailstock centre b)using a tapping device with a slipping clutch to reduce risk of breakage of the tap.

Threading operations include a)all types of external and internal thread forms using a single point tool also taper threads, double start threads, multi start threads, worms as used in worm wheel reduction boxes, leadscrew with single or multistart threads. b) by the use of threading boxes fitted with 4 form tools, up to 2" diameter threads but it is possible to find larger boxes than this.

Polygonal turning
In which non-circular forms are machined without interrupting the rotation of the raw material. 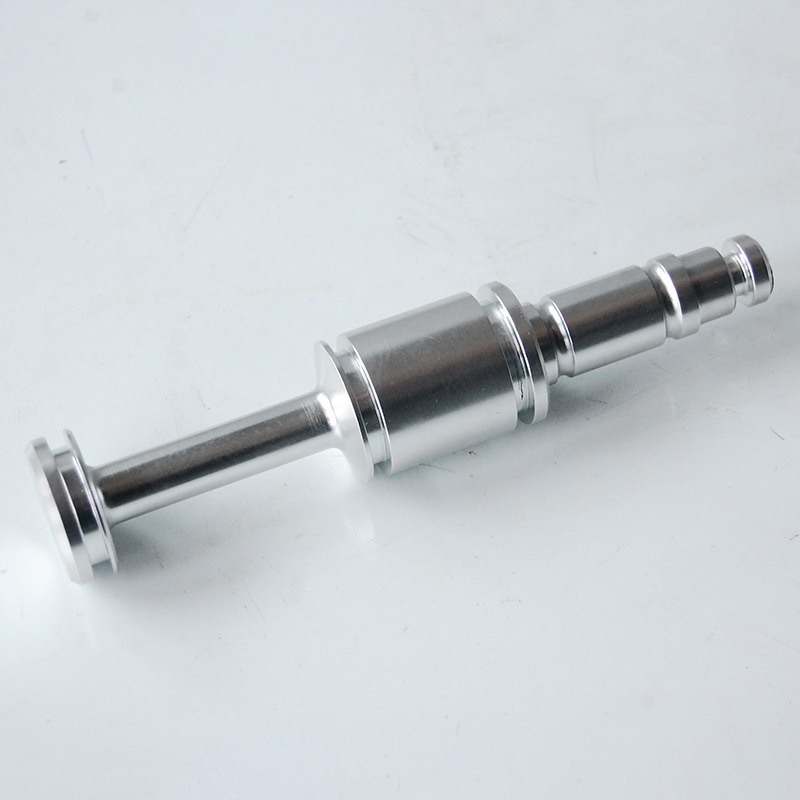 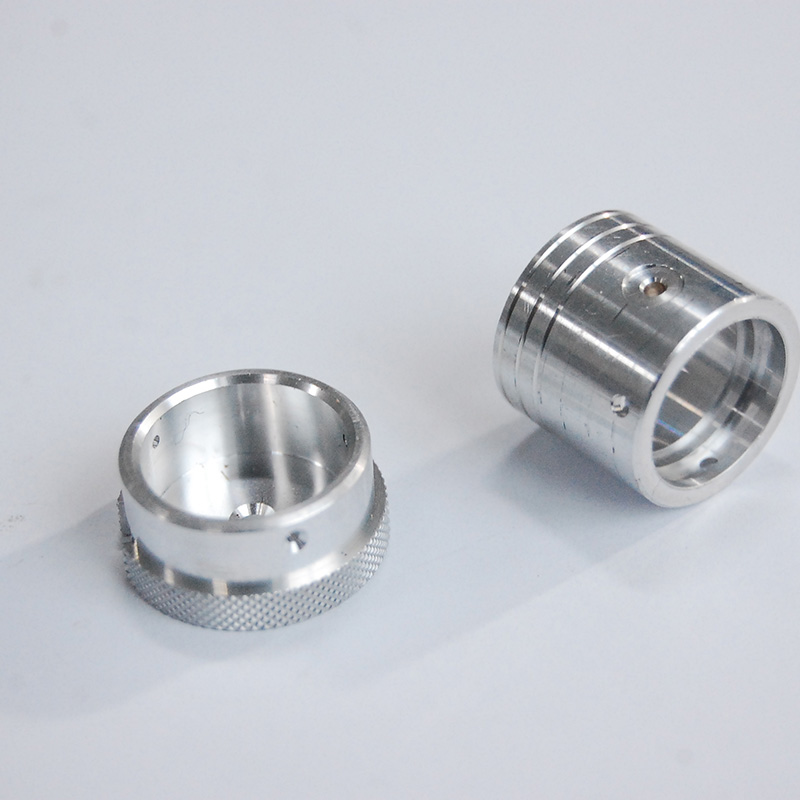 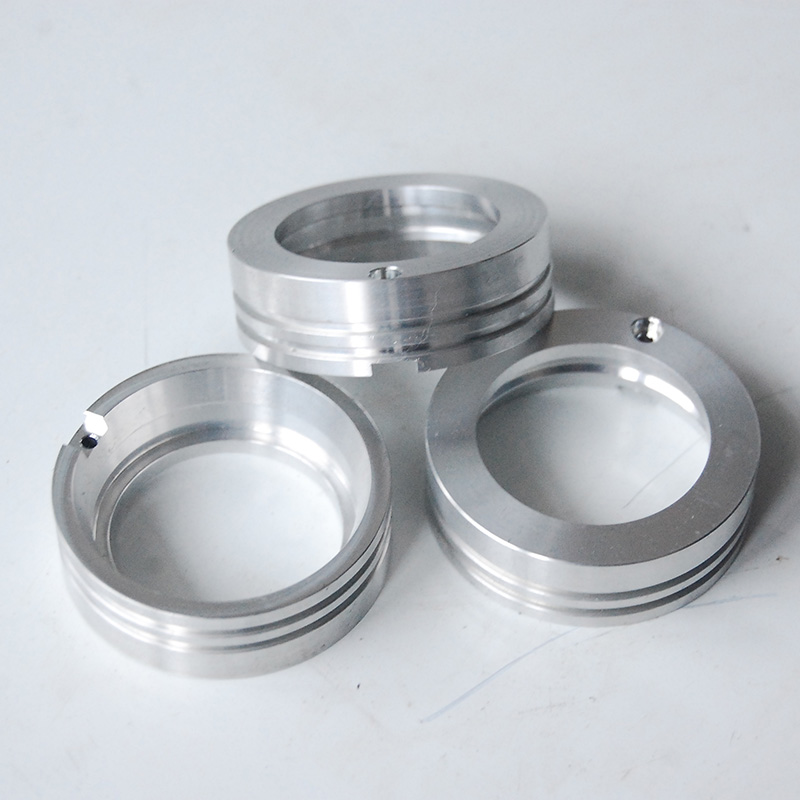 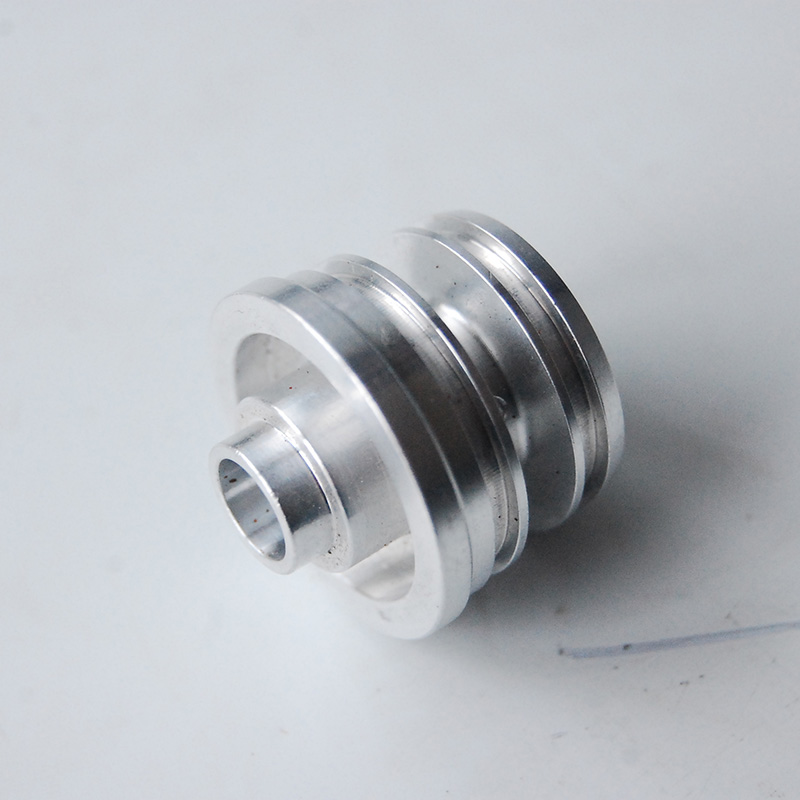 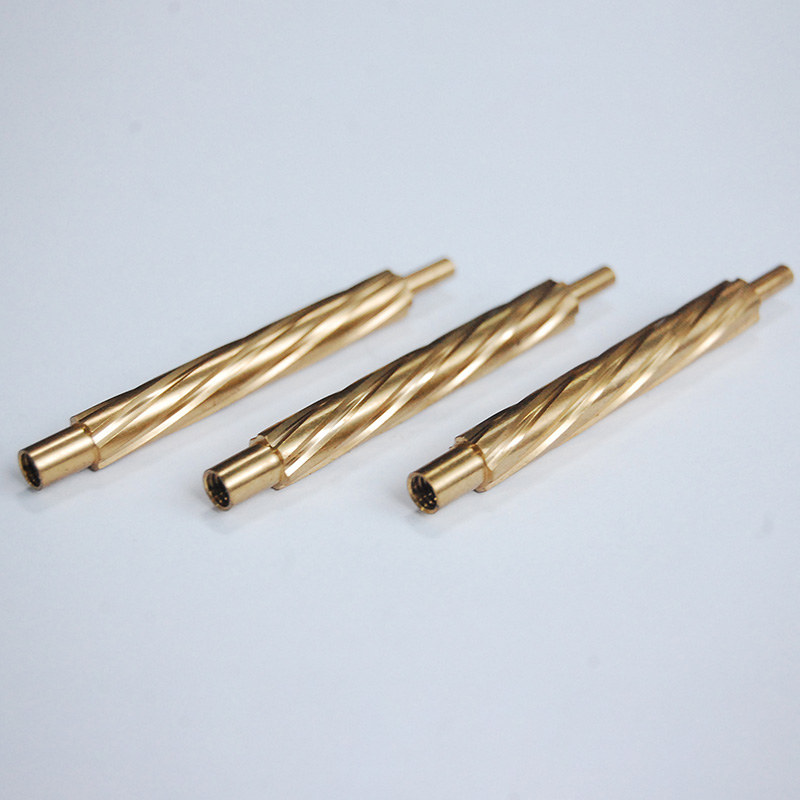 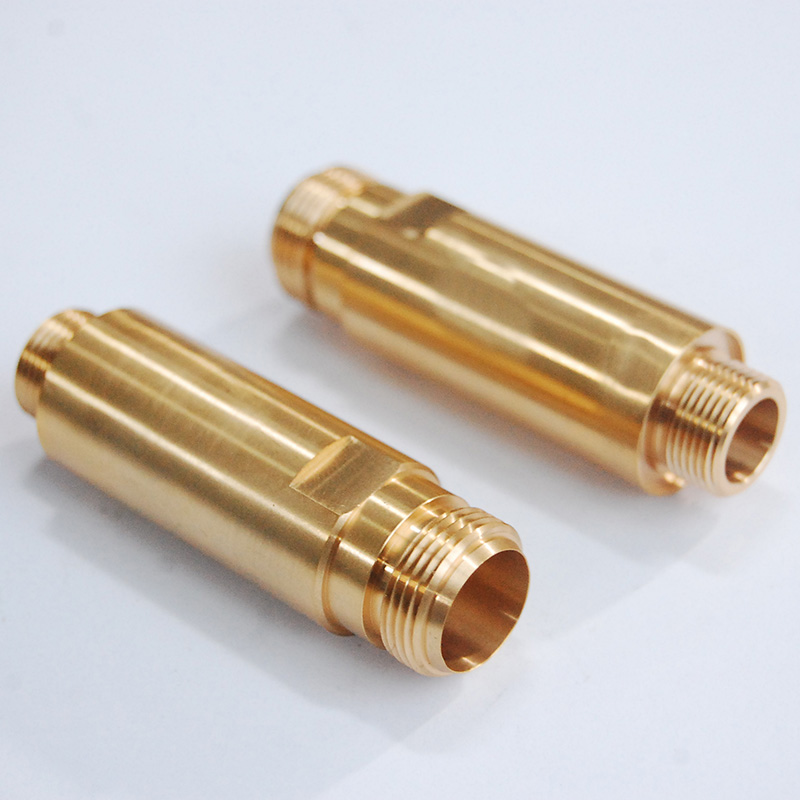 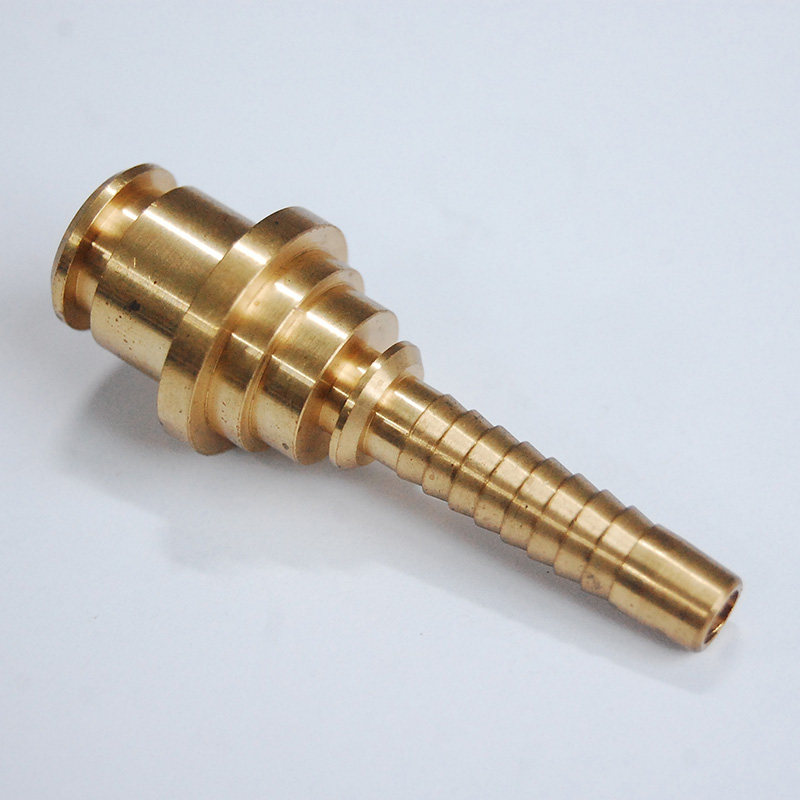 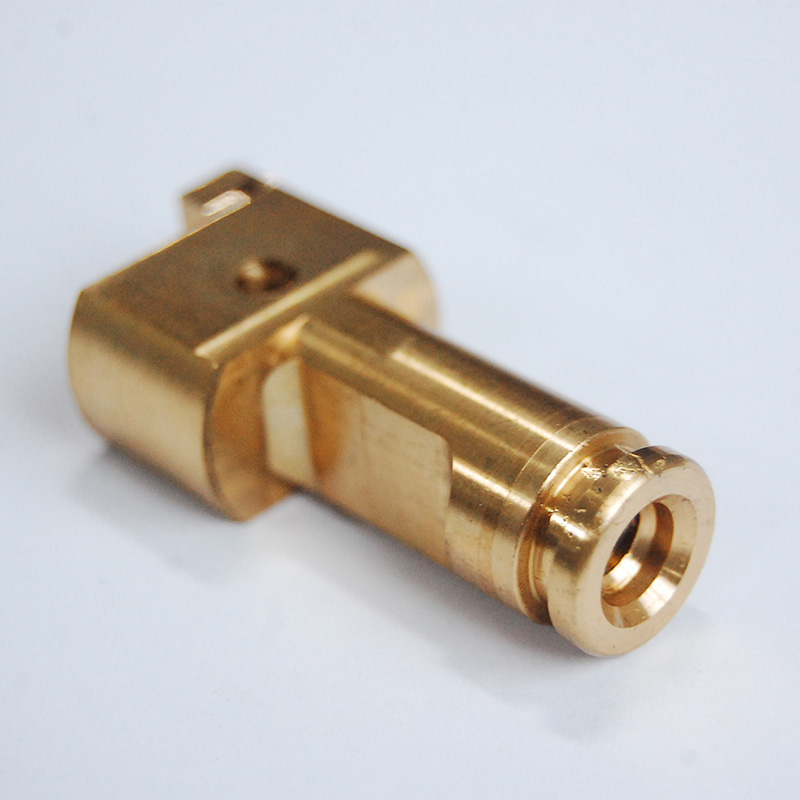