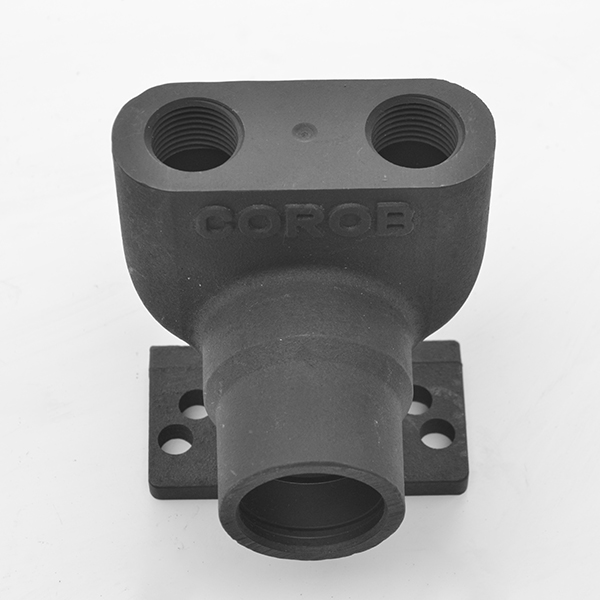 In metalworking, casting is a process in which a liquid metal is delivered into a mold (usually by a crucible) that contains a negative impression (i.e., a three-dimensional negative image) of the intended shape.

Introduction of casting and forging parts

In metalworking, casting is a process in which a liquid metal is delivered into a mold (usually by a crucible) that contains a negative impression (i.e., a three-dimensional negative image) of the intended shape. The metal is poured into the mold through a hollow channel called a sprue. The metal and mold are then cooled, and the metal part (the casting) is extracted. Casting is most often used for making complex shapes that would be difficult or uneconomical to make by other methods.
Casting processes have been known for thousands of years, and have been widely used for sculpture (especially in bronze), jewelry in precious metals, and weapons and tools. Highly engineered castings are found in 90 percent of durable goods, including cars, trucks, aerospace, trains, mining and construction equipment, oil wells, appliances, pipes, hydrants, wind turbines, nuclear plants, medical devices, defense products, toys, and more.

The modern casting process is subdivided into two main categories: expendable and non-expendable casting. It is further broken down by the mold material, such as sand or metal, and pouring method, such as gravity, vacuum, or low pressure.

Forging is a manufacturing process involving the shaping of metal using localized compressive forces. The blows are delivered with a hammer (often a power hammer) or a die. Forging is often classified according to the temperature at which it is performed: cold forging (a type of cold working), warm forging, or hot forging (a type of hot working). For the latter two, the metal is heated, usually in a forge. Forged parts can range in weight from less than a kilogram to hundreds of metric tons.Forging has been done by smiths for millennia; the traditional products were kitchenware, hardware, hand tools, edged weapons, cymbals, and jewellery. Since the Industrial Revolution, forged parts are widely used in mechanisms and machines wherever a component requires high strength; such forgings usually require further processing (such as machining) to achieve an almost finished part. Today, forging is a major worldwide industry

Expendable mold casting is a generic classification that includes sand, plastic, shell, plaster, and investment (lost-wax technique) moldings. This method of mold casting involves the use of temporary, non-reusable molds.

Different processes of casting and forging

Sand casting
Sand casting is one of the most popular and simplest types of casting, and has been used for centuries. Sand casting allows for smaller batches than permanent mold casting and at a very reasonable cost. Not only does this method allow manufacturers to create products at a low cost, but there are other benefits to sand casting, such as very small-size operations. The process allows for castings small enough fit in the palm of one's hand to those large enough only for train beds (one casting can create the entire bed for one rail car). Sand casting also allows most metals to be cast depending on the type of sand used for the molds.

Sand casting requires a lead time of days, or even weeks sometimes, for production at high output rates (1–20 pieces/hr-mold) and is unsurpassed for large-part production. Green (moist) sand, which is black in color, has almost no part weight limit, whereas dry sand has a practical part mass limit of 2,300–2,700 kg (5,100–6,000 lb). Minimum part weight ranges from 0.075–0.1 kg (0.17–0.22 lb). The sand is bonded using clays, chemical binders, or polymerized oils (such as motor oil). Sand can be recycled many times in most operations and requires little maintenance.

Loam molding
Loam molding has been used to produce large symmetrical objects such as cannon and church bells. Loam is a mixture of clay and sand with straw or dung. A model of the produced is formed in a friable material (the chemise). The mold is formed around this chemise by covering it in loam. This is then baked (fired) and the chemise removed. The mold is then stood upright in a pit in front of the furnace for the metal to be poured. Afterwards the mold is broken off. Molds can thus only be used once, so that other methods are preferred for most purposes.

Plaster mold casting
Plaster casting is similar to sand casting except that plaster of paris is used instead of sand as a mold material. Generally, the form takes less than a week to prepare, after which a production rate of 1–10 units/hr-mold is achieved, with items as massive as 45 kg (99 lb) and as small as 30 g (1 oz) with very good surface finish and close tolerances.[5] Plaster casting is an inexpensive alternative to other molding processes for complex parts due to the low cost of the plaster and its ability to produce near net shape castings. The biggest disadvantage is that it can only be used with low melting point non-ferrous materials, such as aluminium, copper, magnesium, and zinc.

Shell molding
Shell molding is similar to sand casting, but the molding cavity is formed by a hardened "shell" of sand instead of a flask filled with sand. The sand used is finer than sand casting sand and is mixed with a resin so that it can be heated by the pattern and hardened into a shell around the pattern. Because of the resin and finer sand, it gives a much finer surface finish. The process is easily automated and more precise than sand casting. Common metals that are cast include cast iron, aluminium, magnesium, and copper alloys. This process is ideal for complex items that are small to medium-sized.

Investment casting
Investment casting (known as lost-wax casting in art) is a process that has been practiced for thousands of years, with the lost-wax process being one of the oldest known metal forming techniques. From 5000 years ago, when beeswax formed the pattern, to today's high technology waxes, refractory materials, and specialist alloys, the castings ensure high-quality components are produced with the key benefits of accuracy, repeatability, versatility, and integrity.
Investment casting derives its name from the fact that the pattern is invested, or surrounded, with a refractory material. The wax patterns require extreme care for they are not strong enough to withstand forces encountered during the mold making. One advantage of investment casting is that the wax can be reused.

The process is suitable for repeatable production of net shape components from a variety of different metals and high performance alloys. Although generally used for small castings, this process has been used to produce complete aircraft door frames, with steel castings of up to 300 kg and aluminium castings of up to 30 kg. Compared to other casting processes such as die casting or sand casting, it can be an expensive process. However, the components that can be produced using investment casting can incorporate intricate contours, and in most cases the components are cast near net shape, so require little or no rework once cast.

Advantages and disadvantages of forging parts

Forging can produce a piece that is stronger than an equivalent cast or machined part. As the metal is shaped during the forging process, its internal grain texture deforms to follow the general shape of the part. As a result, the texture variation is continuous throughout the part, giving rise to a piece with improved strength characteristics.Additionally, forgings can achieve a lower total cost than casting or fabrication. Considering all the costs that are incurred in a product's life cycle from procurement to lead time to rework, and factoring in the costs of scrap, and downtime and other quality considerations, the long-term benefits of forgings can outweigh the short-term cost savings that castings or fabrications might offer.

Some metals may be forged cold, but iron and steel are almost always hot forged. Hot forging prevents the work hardening that would result from cold forming, which would increase the difficulty of performing secondary machining operations on the piece. Also, while work hardening may be desirable in some circumstances, other methods of hardening the piece, such as heat treating, are generally more economical and more controllable. Alloys that are amenable to precipitation hardening, such as most aluminium alloys and titanium, can be hot forged, followed by hardening.

Production forging involves significant capital expenditure for machinery, tooling, facilities and personnel. In the case of hot forging, a high-temperature furnace (sometimes referred to as the forge) is required to heat ingots or billets. Owing to the size of the massive forging hammers and presses and the parts they can produce, as well as the dangers inherent in working with hot metal, a special building is frequently required to house the operation. In the case of drop forging operations, provisions must be made to absorb the shock and vibration generated by the hammer. Most forging operations use metal-forming dies, which must be precisely machined and carefully heat-treated to correctly shape the workpiece, as well as to withstand the tremendous forces involved. 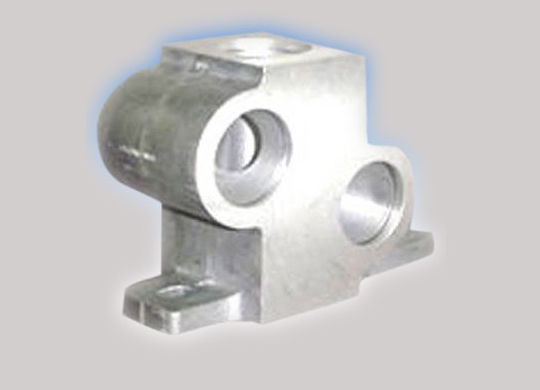 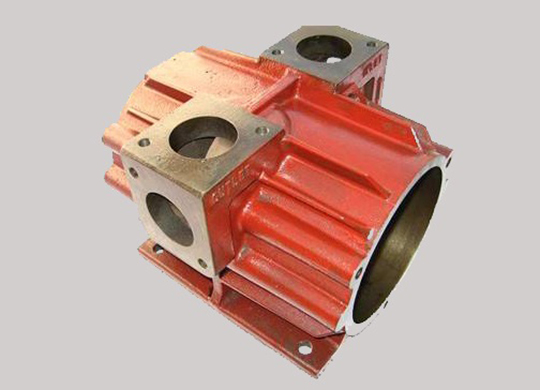 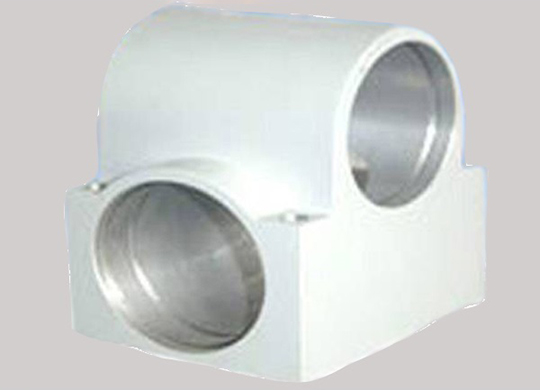 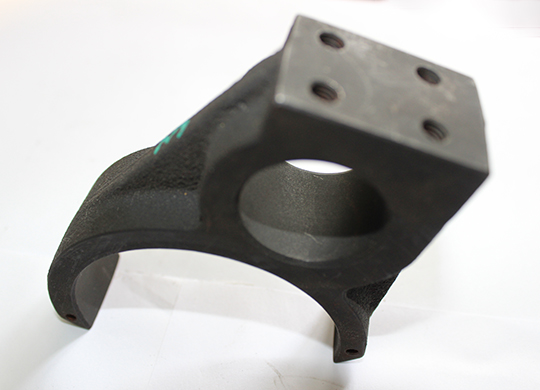